The unique and refined design of the X Force 145 is exemplified by a low profile and an eye-catching line that serves to highlight the full scope of the concept. The M/v Messina, which was built by the team and delivered to the RFI in 2013 and is now operating in the Strait of Messina, serves as the proof of concept for this project because it represents the evidence base for the development of the naval platform.

From the bow, where you placed an excellent observation lodge providing a breathtaking perspective, to the stern region, where there is a beach club, the 145-meter exterior profile of this super yacht is defined by the continuity of glass surface that assures a predominance of natural light. This space was planned to be sociable and laid-back, yet still provide the necessary amenities for a yacht of this size’s passengers. Several lounging rooms are spread out across all decks, and the two major bridges and helipad provide a massive sunbathing area for the owner and guests.

With an eye toward the yacht’s overall design, the Area Beach Club and the yacht’s futuristic interior, which features precious materials and finishes combined with innovative layouts, fluidity of space, curved lines, rounded shapes, and a wide use of full height glass walls, were created with the utmost warmth and hospitality in mind. The VIP suite has high ceilings, its own private balcony, interior gardens, and a luxurious fireplace.

The owner’s quarters, or “flagship,” span a full deck and 55 meters in length. In addition, there is a large hangar for toys and cars, two theaters, and two separate sections.

Request the full specification of this superyacht to get all the details you might need, including accommodations, engine room, electronics, equipment and much more.

Request the layout of this superyacht to get all the details you might need, including the layout for accommodations, guest areas, crew cabins, deck spaces, engine room, and much more.

Request the brochure of this superyacht to get all the details you might need, including the layout for accommodations, guest areas, amenities, features and much more. 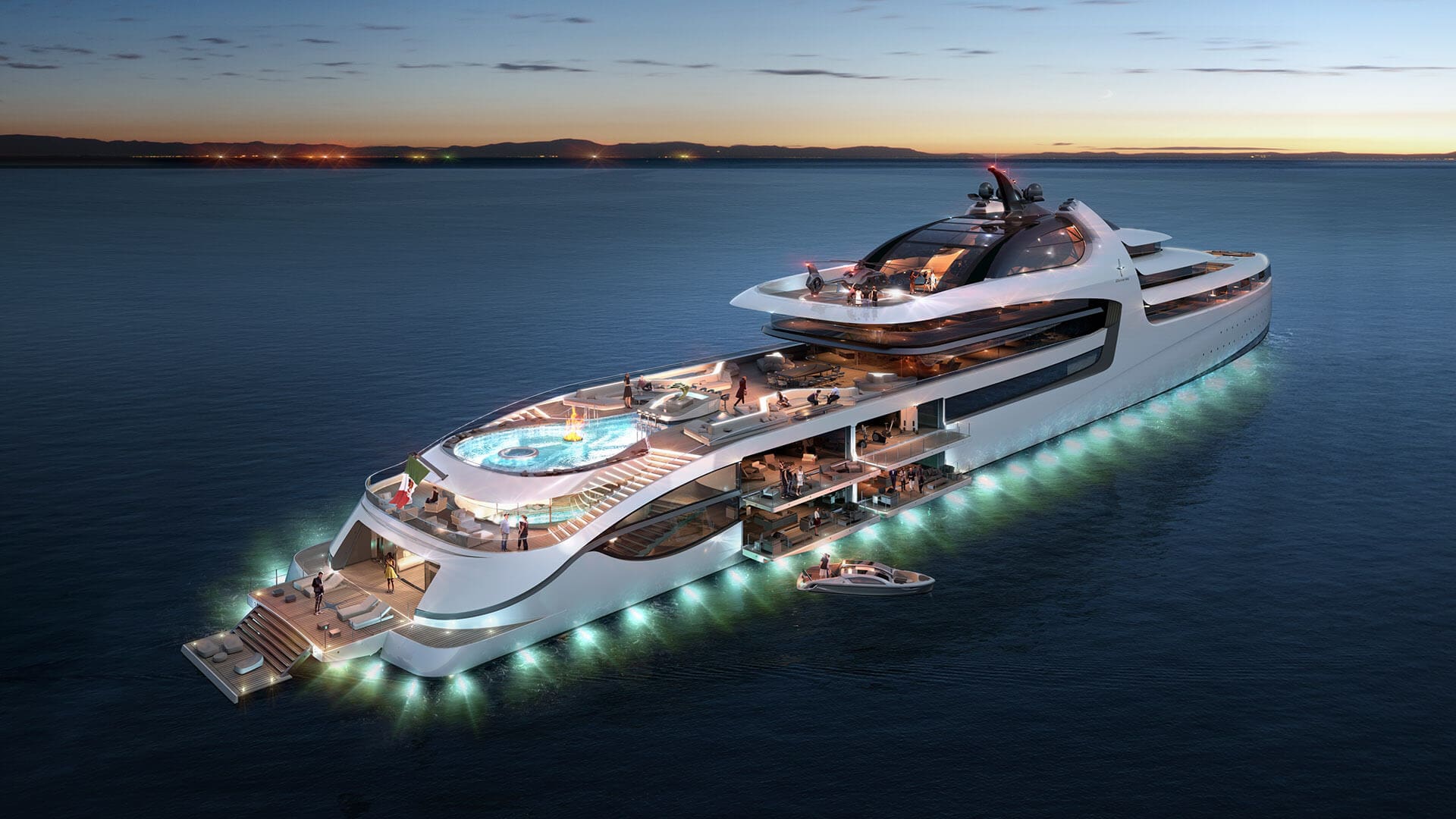 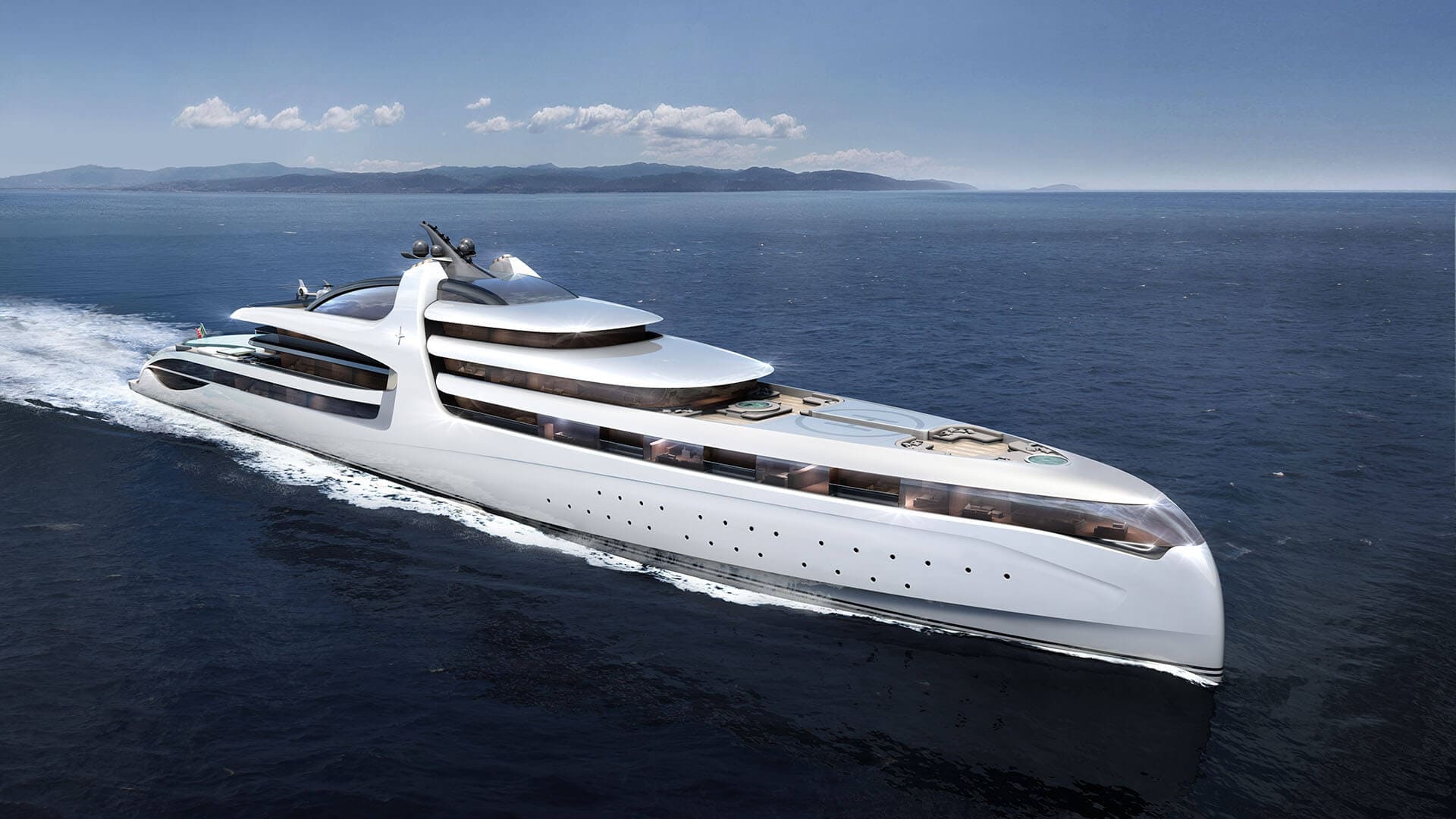 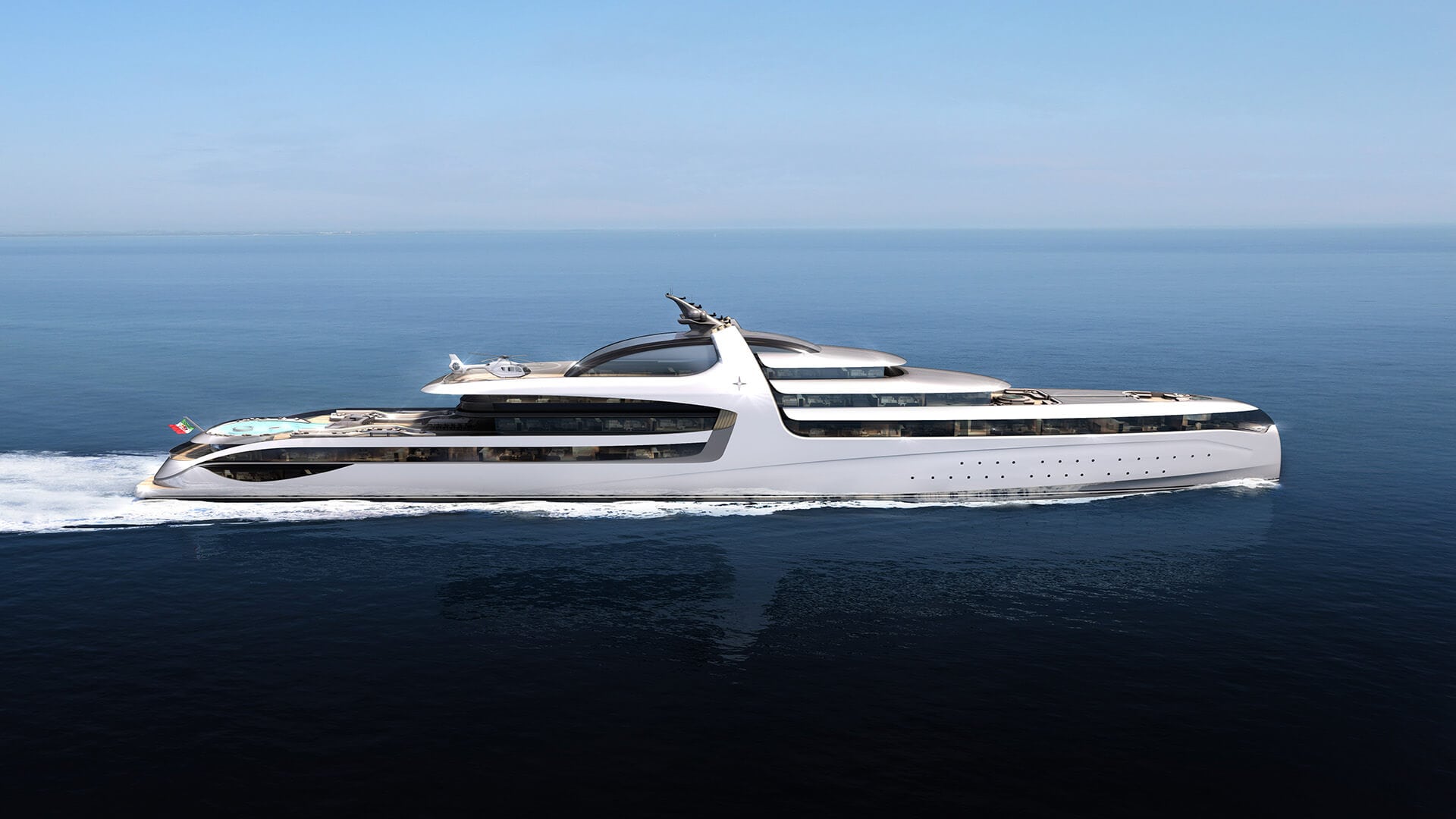